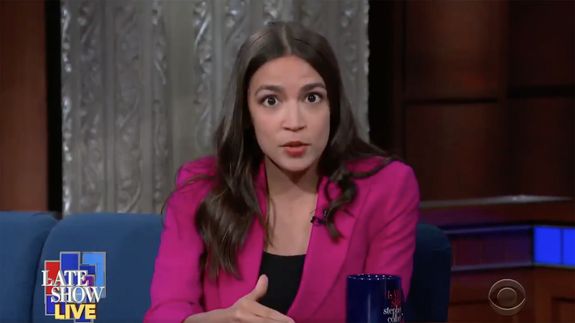 Alexandria Ocasio-Cortez has said it before, and she’ll say it again: We’re still not doing enough when it comes to combatting climate change.

AOC went on to praise the young people pushing for a larger climate debate, which she described as a good idea.

“Climate change is an infrastructure issue, it’s a jobs issue, it’s an energy issue, it’s a foreign policy issue,” she said. “We can’t just talk about the Copacabana, you know what I mean?” Read more…