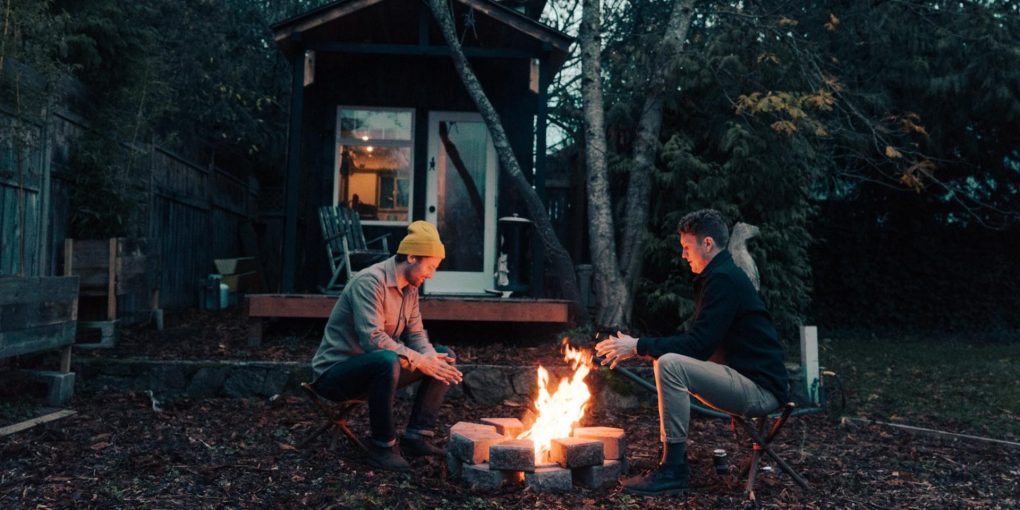 A “tiny house” typically ranges from 100 to 400 square feet, less than a sixth of the size of an average house.
Canadian photographer Mackenzie Duncan lives in a tiny house on Vancouver Island.
He lives by a zero-waste philosophy, owns four plates, and doesn’t have a TV.

As real estate prices continue to rise, many people are opting for smaller spaces and, ultimately, simpler lives. Tiny living isn’t just an Instagram trend, but rather a way into a more budget-conscious, eco-friendly lifestyle.

Typically ranging from 100 to 400 square feet, compared to the average of 2,598 square feet for new US houses built in 2013, tiny homes not only require less resources to build, but produce only about 7% of the carbon-dioxide emissions of a full-size house, according to the American Institute of Architects.

Living in a space as small as your typical two-car garage isn’t all that difficult, at least for someone like Canada-based photographer Mackenzie Duncan, who will tell you it’s certainly more glamorous than living in a van, which he has also done.

Although tiny house living isn’t without its challenges, Duncan told Business Insider that the little bit of extra work he’s had to put in is well worth it in the end.

Duncan started building his rustic cabin on Vancouver Island a year and a half ago, after getting a taste of tiny living in a converted van. “I just pretty much learned that you can house-hack your way into living for free,” he said.

Because Canada doesn’t require a builder’s permit for any detached building that is less than 107 square feet, he capped his little abode at 104, which technically classifies it as an accessory.

The cabin is in the backyard of a bigger house Duncan co-owns and rents out to several tenants. It’s about a 12-minute bike ride to downtown Victoria on a third-of-an-acre plot of land. Duncan is still in the process of hooking up solar energy, setting up a self-contained composting toilet, and finishing up construction on his outdoor shower. For now, he borrows electricity and hot water from the big house.

Duncan is a self-proclaimed morning person and wakes up around 6 a.m. each day. He squeezes in a 15-minute meditation session and some stretching before heading downstairs for his “tiny house workout routine,” which includes chin-ups on the rafters and sit-ups with feet tucked under the kitchen counter. “There’s just enough room to put a yoga mat down and do some poses, but no twists and turns,” he said.

6 simple ways to invest your money that you probably haven’t thought of, according to financial experts8 things you can do today to be richer in 20196 things you should know before opening an investment account

SEE ALSO: The tallest building in every US state